Monica and Chandler (names have been changed to protect their identities) were clients of mine.  They were devastated by their separation and the impact it might have on their children.  But they knew it was for the best.  They thought they could minimise the effects on their children by working things out as fast as possible.

They worked out spreadsheets of what money they had, and how they could divide it to make two homes and whichever way they looked at it there wasn’t that much money in the pot.  Then they both got scared about what would happen and that was when the arguments started.  They were both trying to do their jobs well (because if they lost their jobs they’d NEVER be able to afford to make two homes out of one), support their children, keep on top of household chores (you can’t sell an untidy house) AND go through every possible permeation of what happens next.  No wonder they both felt exhausted and run down and that all civil conversations just ended up in a steaming argument with lots of fault finding.

With my help they sat back and did nothing for a few weeks.  They just concentrated on getting some sleep, on being parents and on feeling better in themselves.  This enabled them to then be in a much better place to start having money conversations with a structure.  The structure of the process is crucial.  You can’t see what picture is on a jigsaw puzzle until you have all the pieces, right? 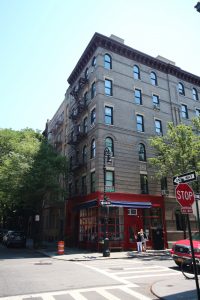 Crucially sitting back and reflecting enabled them to think about what they wanted their post separation lives to look like.  They weren’t looking at it from “oh my goodness what on earth is the solution”.  They started looking at “what do we want the solution to look like”.  It started with really small ideas about what happens next.  They wanted

Taking some time out also enabled them to focus on their own wellbeing so that they could move forward, with structure, feeling less tired, irritable and ‘on the edge’.  Doing things as fast as possible doesn’t always elicit quicker or better solutions.  Sometimes you have to pause and focus on what’s really important before you can find a way forward.