They didn’t see the children that much anyway……….

HomeThey didn’t see the children that much anyway………. 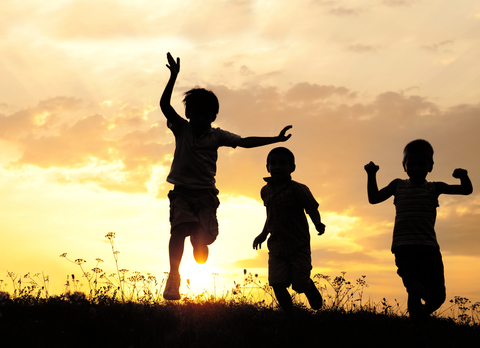 Lots of the blog posts we put up come from conversations with clients or things we see a lot in family mediation.  We are always of the view that if one separating couple is struggling with someone then another separating couple may well be too and it would be helpful to put some guidance and support out there to help those coping with divorce and life after separation.  One of the things that we have seen quite a bit of lately is the comment to the effect of “well the other parent didn’t see the children that much anyway”.  This has probably been aimed at dads more traditionally because they may have left early in the morning when the children got up and not returned from work until children were in bed – especially where the children are of a young age.  But we have seen plenty of mums that this has been aimed at too.

We think it’s a point that is worth picking up on with some help and suggestions.  This comment comes from the idea that if children have had one parent that has worked long hours, or been away with work a lot, then they don’t need to see a lot of them post separation and that won’t really be any different for them.  They have grown up only really seeing one of their parents at the weekend so why shouldn’t they only see that parent at the weekend going forwards (or every other weekend?).

It is a huge transition for everybody in the family when one parent leaves the family home following a separation and they all try to adjust to life after separation.  The parent leaving has to adjust to the fact that they will come back to an empty house every night if they are living alone.  They will not be able to stick their head round the children’s bedroom door and look at their sleeping child, or touch their hair, or give them a kiss.  This is a significant change in that parent’s relationship with their children.  They may go quite a long period of time without any physical contact with their child.  This will be very different from when they were living in the family home.

For the children they will have to adjust to the fact that one of their parent’s possessions will be gone from the house.  They will no longer wake up to the smell of dad’s after shave, or mum’s perfume lingering in the house.  They will not see a tie, or a jacket left on the sofa as evidence that their parent was in the house with them that night.  If they wake in the night it will only be the parent that remains in the family home to give them a kiss and deal with a nightmare or a tummy ache.  There will no longer be talk about what you might all do together at the weekend when the other parent is with them.  There will be less talk of “daddy was very tired last night”, or “mummy will be back earlier tonight”.  The other parent will not be talked about so much during the day and however subtle the changes in how you talk about the other parent it will feel different to your child or children.  It can feel sad and overwhelming for you all but with understanding of each other you will adjust. 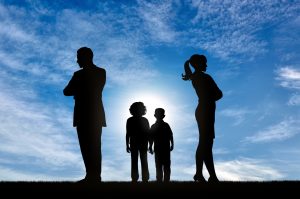 How to avoid taking your children to war

For the parent who is no longer living in the family home they may realise how much of their parenting has been done ‘through’ the other parent.  Discussions about achievements or plans may have been in the evening with the end conclusion explained by the other parent without you being present.  You may have agreed an activity would be good for your child but never been to see it and only heard about it through the other parent’s photos and recollections (or your child’s).  It is not uncommon for that parent to re-adjust their parenting to deal with the fact that they will now have a more direct relationship with their child or children that will not be filtered through the other parent.  It can follow that there is a desire to see more of your children in the week to ensure that you maintain a relationship because every other weekend means you will go a fortnight without seeing your children and that just feels insurmountably long.  You may have worked long hours to provide for your family but may feel that you are now reassessing this and wondering whether your priorities weren’t all wrong given that the relationship has broken down and you are facing the thought of seeing less of your children.  This is all things that we see in mediation and the really great news is that separation often has the chance to improve parent-child relationships as each parent realises that they have to do all the parenting when they’re with the children – even the bits they may have left to the other parent during the relationship.

We’re not in the business of making judgments about what goes on in families coping with divorce.  Families are complicated things and there is usually a whole myriad of emotions, feelings, barriers, weak point and strengths in any family and all of these can be magnified by the extra impact of a separation.  For sensitive members of the family it is not uncommon to not be sure where your own emotions start and begin and where other’s emotions start and begin.  In mediation the purpose is to try to support parents and help them to understand each other’s views (even if they don’t agree with them) and to find a way forward that will work for them and their children.  It doesn’t have to be a way that works for anyone else.  Most parents just want happy children and reaching an understanding and an accommodation on the way forward usually makes everybody a lot happier.