3.       The other way that millionaire divorces can be different is with such huge means you don’t have to have any concerns about paying for assistance to help you to heal following the separation.  We talk a lot about the importance of getting the right help at the right time to help you move forward.  This can often be some form of therapeutic help. It might be a counsellor or more short term help from say a divorce coach.


You may also benefit from taking time out for yourself and undertaking complementary therapies such as an aromatherapy massage, reiki or reflexology.  Where people have limited means, they can often be concerned about the costs of doing this when they are already paying lawyers or mediators. With pretty much unlimited means you are able to access any service that may help you without worrying about this.

There are also reasons why millionaire divorces are the same as they are for everybody:

1.Here at LKW Family Mediation we sometimes get a bit cross about the media headlines               surrounding divorce and separation.  They can be downright misleading and occasionally they are plain wrong.  We have repeatedly pointed out to anyone who will listen that the divorce process takes the same time for everyone and that there is no such thing as a “quickie” divorce here in the UK – whether you are a celebrity or not.

The 5 minute hearing that celebrities (nor most other people) don’t attend is the interim stage of the divorce proceedings when the Decree Nisi (which is what it’s called) is pronounced in court.  Anyone can attend this hearing because it takes place in what is called ‘open court’. This process is the same for everyone in England and Wales whether you have £2 in the bank, or £2 billion. 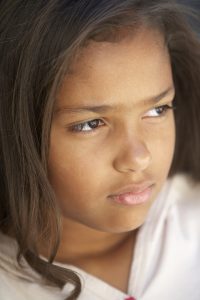 Jeff Bezos and his wife Mackenzie have four children (according to Wikipedia) and often the children of the same couple can feel the separation differently and struggle at different times. Pulling your children into your conflict will be traumatic for them regardless of how much money you have.

We use cookies to ensure that we give you the best experience on our website. If you continue to use this site we will assume that you are happy with it.OkRead more